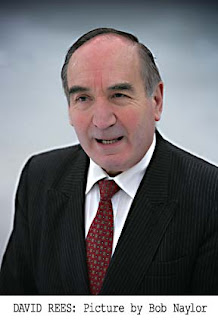 “Over 13 million people visit the waterways each year, and there are more than 34,000 licensed boats on the waterways we manage. The Kennet & Avon Canal is a popular and much-loved waterway with an established Canal Trust. We hope that this pilot will demonstrate that giving local communities a role in the management of their waterway — together with a real sense of ownership — will create improved and sustainable waterways for the future.”
David Rees, Chairman of the Kennet & Avon Canal Trust, who will chair the board, said, “This is a real opportunity for interested members of society along the length of the canal to participate in the shaping of this waterway that this year celebrates its 200th anniversary.”
BW say that the Kennet & Avon Canal has been chosen to pilot the proposals because the K&A Canal Trust has, over the last 50 years, been largely responsible for the restoration of the canal which now stands as a testament to the work of those early volunteers.
BW and the K&A Canal Trust worked together succesfully in the past to get the £25m Heritage Lottery Grant in 1997,  enabling the canal to be restored to its present state.
The new board will focus on the promotion and maintenance of a sustainable future for the Kennet & Avon Canal and it is intended that the Board will influence the formulation of a waterway plan that will look at opererations, development and fundraising.
The Board will have up to 12 members who will reflect the full range of interests in the waterway. BW have been looking for expressions of interest from individuals with commitment and relevant experience, including people from the public and private sectors, local communities, interest groups and individuals who may have technical knowledge, such as engineers, ecologists and environmentalists as well as  people who have experience in with people from the local community, fundraising, marketing and communications as well as boaters, anglers, cyclists and walkers.
The first meeting will be in September and the pilot board will be in place for up to 18 months, meeting every six to eight weeks  along the Kennet & Avon Canal.