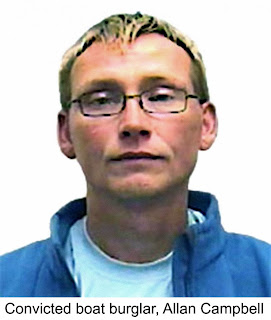 Allan Campbell whose robbing spree along the Kennet & Avon Canal left boaters devastated by the damage he caused to their homes, the loss of their valuables and the theft of items of sentimental value has been jailed for four-and-a-half years at Swindon Crown Court.

Campbell, 39, who was finally caught in Lincolnshire after a nationwide search and brought back to Wiltshire to stand trial had earlier this year been given a suspended sentence at Exeter Crown Court when he was found guilty of burgling more that 80 caravans on the south coast.

It was only days after this conviction that he began breaking into narrowboats on the K&A Canal and he broke into boats along much of the length of the canal. He pleaded guilty to five counts of burglary and he asked for 14 further offences to be taken into consideration.
Posted by Unknown at 5:45 PM No comments:

The River Avon from Saltford to Hanham is closed until futher notice due to flood conditions.
Posted by Unknown at 11:40 AM No comments:

The man who died after being pulled from the Kennet & Avon Canal in Devizes recently has been named as Gary Hedges.
Police reports say that Mr Hedges, 65, who was was looking after a boat (nb Marmalade) for a friend, suffered a heart attack as he jumped ashore to moor up the boat near Coate Road Bridge.
He was pulled from the canal on the afternoon of Wednesday 9th of October and despite being given CPR he was declared dead at the scene.
Police say they are satisfied that there are no suspicious circumstances behind Mr Hedges’ death.
Posted by Unknown at 1:22 PM No comments: 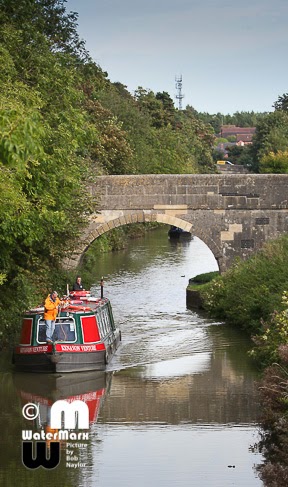 Police officers were called to the Kennet & Avon Canal between Devizes Wharf and London Road Bridge this afternoon (Wednesday) and pulled a man, believed to be in his 50s,  from the water.

Attempts were made to resuscitate him but he was pronounced dead at the scene.


Boat trafffic moving again on the K&A Canal between London Road and Devizes Wharf after a man died there this afternoon. : Picture by Bob Naylor: WaterMarx
Posted by Unknown at 6:09 PM No comments:

He will be replaced by George Eustace, MP for Camborne, Redruth and Hayle.

George Eustace said: “I spent ten years working in the farming industry and policies relating to water and the fishing industry are particularly important  to Cornwall.  I am really looking forward to working with colleagues within Defra to champion the interests of rural communities.”
Posted by Unknown at 10:51 AM No comments: